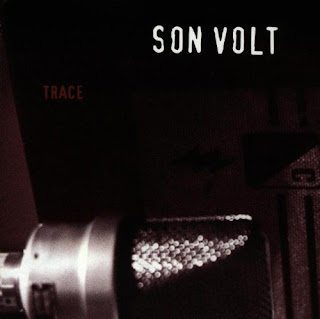 I’ve always been interested in the philosophical theory of existentialism though I can say that I have never felt like I’ve fully grasped it. Recently I purchased the reissue of Son Volt’s 1995 landmark album Trace, a stellar mix of dusty, road weary ballads and vigorous blasts of guitar rock topped with Jay Farrar’s lyrics that read like CliffsNotes into the worldview of an existentialist.
Existentialism’s core is that an individual creates his or her own existence through personal decisions. One of the philosophy’s major proponents Jean-Paul Sartre coined the phrase “existence precedes essence” or essentially the meaning of being human is revealed through living. Another aspect of existentialism seems to be that both society and religion are arbitrary forces in an individual’s life.
The realization that there might not be anything more than this life seems to cause two reactions. One is an existential crisis where one becomes despondent because there is no satisfying explanation about the world. Another reaction is a sense of freedom that life is entirely what one makes of it and therefore it’s best to pursue your dreams.
Trace hits on many aspects of this philosophy even on the relatively upbeat opener “Windfall,” where Farrar sings: “Hold on to what you can/ Waiting for the end not knowing when.” The next song “Live Free” is basically a guitar fueled screed against determinism, the opposing theory to existentialism that believes human actions are created from external pressures.
The existential belief that just existing is more important than societal pressures and religion is expressed in “Out of the Picture” and “Tear Stained Eye.” The latter addresses that there’s nothing larger than living with the lyrics: “Can you deny, there’s nothing greater/ Nothing more than the traveling hands of time.” The former rails against societal constraints with a bit about there being “too many rules to the game.”
My favorite song on Trace is the plaintive, stately “Ten Second News,” where Dave Boquist’s lap steel passes lazily through the track like a pickup truck puttering through a one-stoplight town. It begins with the line “when you find what matters is what you feel,” which might just be existentialism boiled down into one perfect phrase.
Here's a great version of the song played live back in 1995:
Posted by Stuart Thornton at 3:32 PM